I have served at Lakeside Lutheran High School since July of 2003. Prior to Lakeside, I served at St. Matthew, Oconomowoc as 6th grade teacher, Athletic Director and coach of many sports from December of 1994 to June of 2003. I was blessed to learn from great leadership and ministry role models.


I am a proud graduate of Lakeside Lutheran High School, class of 1988, where I lettered in Football, Basketball and Baseball. I proudly played for football for Mark Toepel and basketball for Wisconsin State Basketball High School Hall of Fame coach Dale Walz.


As a History teacher, I praise God every day as I marvel at the truth that God takes the sinful actions of unbelievers and creates a path to accomplish his good and gracious will by continuing the path by which the Gospel message serves his church today. The salvation truth will stand the test of time!


In 2003 I started coaching freshmen girls’ basketball at Lakeside. After 7 years, in 2010 I became the head JV girls’ coach and also serve as a varsity assistant. In 2020, I became the head varsity girls' coach.


I look forward to the blessings and challenges that the future brings this public ministry that the Lords has blessed me with. 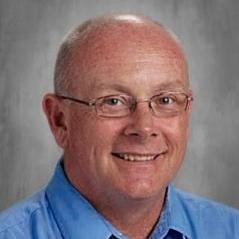